Related: The right signature sauce can transform your pizza and other menu items for the better

When Scott Smith, owner of East End Brewing in Pittsburgh, found himself with some free kitchen space after a food vendor closed shop in his brewery, he knew exactly what to do: start making pizza.

Smith brought in local chef Sheryl Johnston to create a specialty pizza each week under the brand name, East End Chewing. And not just any ordinary pizza, mind you. Johnston uses seasonal ingredients to create unusual pies such as a bahn mi sandwich pizza, an eggplant Parmesan pizza and, true to Pittsburgh tradition, a pierogi pizza that’s paired with the brewery’s Polish smoked wheat beer. The specialty pies feature a crust developed by Pittsburgh’s own Prohibition Pastries and sell for $17. East End also offers a classic cheese pizza ($13) and another one topped with pepperoni ($15).

“We’re keeping the menu pretty simple, focusing on a rustic, thick-crust pizza, that we offer in just a few configurations at a time,” Smith explained to TribLive. 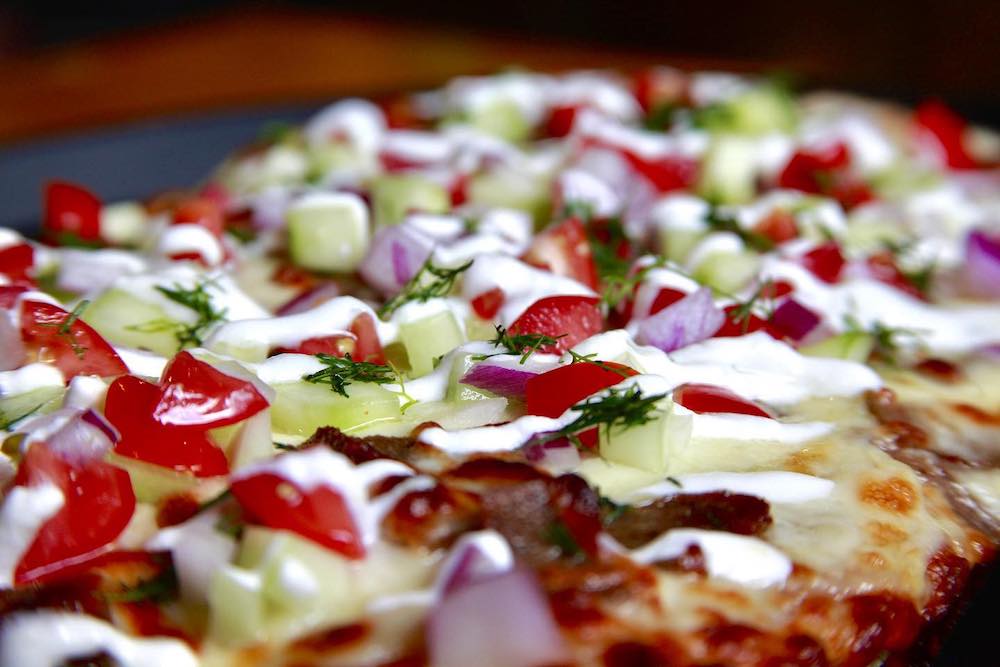 Smith showcases the weekly pizza specials with mouth-watering photography in social media posts and packages them in unique pizza boxes designed by another local company, Commonwealth Press. The side of each box features red lettering that proclaims, “Hold My Pizza,” while the inside bottom of the box notes, “If You Can Read This, the Toppings Fell Off.”

Smith has also partnered with Primanti Bros. Restaurant and Bar, the self-proclaimed World Sandwich Headquarters, to capitalize on an upcoming food festival called Picklesburgh. Naturally, that means the creation of a pickle-centric pizza and, yes, even a pickle beer.

East End offers beers inspired by 90 Pittsburgh neighborhoods, and Smith is considering a similar marketing strategy with Johnston’s pizzas. “I’m not saying we’re committing to a completely unique pizza for each of Pittsburgh’s 90 neighborhoods just yet, but I suppose if we can do it with beer, pizza would not be impossible,” he told TribLive. “Sheryl has already created more than 30, one per week. So it could happen!”

Paopao Is Making Crying In The Club Look Cool!